A little boy was ordered to lead in prayer

BOY: But I don’t know how to pray.

DAD: Just pray for your family members, friends and neighbours, the poor, etc

-Thank you for our visitors and their children, who finished all my cookies and ice cream.

Bless then so they won’t come again

-Forgive our neighbour’s son, who always remove my sister’s clothes and wrestle with her on her bed.

-This coming Christmas, please send clothes to all those poor naked ladies on my daddy’s Blackberry!

…and also provide shelter for the homeless men who use mom’s room when daddy is at work! 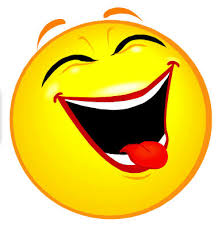 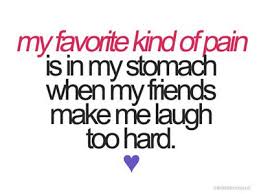 I’m not afraid of any Naughty deeds…….

With the tips of my fingers I can give you pleasurable chills for life, Special moments for Passion..

I can make you feel like a King if you make feel like a Queen. My kids think I’m simply cool.. the best Mom they can ever have.

My friends, call me a real Sweetheart , a Darling..

Sunshine and a real Friend to be around.. joke and have fun with..

To Me life has just begun.. I see things differently and I do appreciate them more than ever before, accepting them as they are.. So Happy, I got the chance to breathe, and stay alive…!!!

it is. A usual sentence in a German newspaper, for example, is a quarter of a column long, and the verb always comes in the last line. Then you find out for the first time what the writer is really talking about.

Often they put the verb away over on the next page and sometimes, when they are in a hurry they go to press without getting to the verb at all..:) Then, of course, the reader has no idea what it is all about.

After the verb and before the end of a sentence there are quite a number of “haben, sind gewesen, gehabt, geworden, sein”.

I don’t know what they mean actually, I don’t think they really mean anything, they are a bit like a special signature – not really necessary, but pretty..

Every noun has a gender, and there is no system. In German a young lady has no sex, but a potato has. Horses are sexless, dogs are male, cats are female. A person’s mouth, fingers and feet are male, his nose, lips and hands are female and his hair, ears, eyes and heart have no sex at all..

Lots of German words are very long and really difficult for a foreign student to understand: ‘UNABHÄNGIGKEITSERKLÄRUNG’ or ‘STADTVERORDNETENVERSAMMLUNG’  are not words, they are alphabetical processions: you can see the banners and hear the music

Personal pronouns are specially difficult in the language. For example, the word ‘SIE’ means ‘YOU’ ‘SHE’ ‘HER’, ‘IT’, ‘THEY’ and ‘THEM’, sothis poor language has got only one little word of three letters for six different words in English.

When a German finds an adjective, he declines it. In our language we speak of our ‘good friend’ (which can also be meinen guten freundes’ for ‘of my good friends’, ‘meinem guten Freund’ for ‘to my good friend’ – and the plural is even more difficult. It is better to have no friends at all in Germany than to have all this trouble with them..

I appreciate your writing. Yet am corced to split the summary of my offer (on this negotiating table) into two because I don’t know how endowed you are with logistics(time, poetic etc.

THE LIST I CAN OFFER you is the Golden rule.

1.Do unto others as you would they unto you.

2.Do unto others as they would be done.

These means I will see you exactly as myself,treat you as I would treat myself , plus as you would permit me to treat you. As a gent, I will appreciate our similarities and respect our differences. Old invaluable virtues that I will decorate you with are,,,,,,,,,,,Truth, honesty, caring, understanding, and friendship. yes I said friendship because it is very essential, not only between friends but also between lovers and even couples. My dad once answered when asked the secret of his 55 yrs happy marriage with my mum ‘FRIENDSHIP is what keep us rolling’  🙂

THE MAXI I CAN OFFER you is my last name. I decided to include this cos I believe in the maximum reward.Having grown up from a home, I mean a very happy home, i inspire to have one too. I still believe in eternity of marriage, that is ,till death do part.

Well I don’t know which of the two offers you will welcome most but I am really happy making a wonderful lady like you such an offer. I will still consider you my angel even if it turns out negative.

Hear from you if you aint so wondering! your offer on the table??? smile

The WordPress.com stats helper monkeys prepared a 2011 annual report for this blog.

A San Francisco cable car holds 60 people. This blog was viewed about 3,000 times in 2011. If it were a cable car, it would take about 50 trips to carry that many people.

My wishes for christmas...

This is Malaika, she is 9 years old… and one of my three kids. 🙂

I found this letter above the shoe cabinet.. folded.. ofcourse.. a letter to Santa.. 😉

A guy’s wife was nagging him hard for a four-wheeler but still he bought her a beautiful extravagant diamond ring for Christmas. The husband’s friend was amazed at his decision and asked him in secret, “Why couldn’t you buy a car instead of the diamond ring?” The husband smiled and answered, “Fake cars are not easy to find.”

Dear Santa.. i know you know what i wish for.. the same thing like last year , one love..Peace, ...yours maureen

Dear Santa, Please give me a doll this year. I would like her to eat, walk, do my homework, and help me clean my room. Thank you, Jenny

Dear Santa, Thanks for the race car last year. Can I have another one, only this time one that is faster than my best friend’s race car? Ricky

Dear Father Christmas, I wish you could leave a puzzle under the tree for me. And a toy for my sister. Then she won’t want to play with mine and I can have it to myself. Merry Christmas, Cassie

Dear Santa, You can send me one of everything from the boys’ section of the Sears catalogue. But nothing from the girls’ section. I can’t wait for Christmas to come. Kent

Dear Pere Noel, Could you come early this year? I’ve been really super good, but I don’t know if I can last much longer. Please hurry. Love, Jordan

come early this year? I’ve been really super good, but I don’t know if I can last much longer. Please hurry. Love, Jordan

A couple made a deal that whoever died first would come back and inform the
other if there is sex after death. Their biggest fear was that there was no
afterlife at all.

After a long life together, the husband was the first to die. True to his
word, he made the first contact:

“Well, I get up in the morning, I have sex. I have breakfast and then it’s
off to the golf course. I have sex again, bathe in the warm sun and then have
sex a couple of more times.

Then I have lunch (you’d be proud – lots of greens). Another romp around the
golf course, then pretty much have sex the rest of the afternoon. After supper,
it’s back to golf course again.

Then it’s more sex until late at night. I catch some much needed sleep and
then the next day it starts all over again”