I’m not afraid of any Naughty deeds…….

With the tips of my fingers I can give you pleasurable chills for life, Special moments for Passion.. 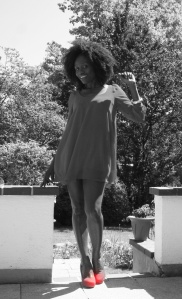 I can make you feel like a King if you make feel like a Queen. My kids think I’m simply cool.. the best Mom they can ever have.

My friends, call me a real Sweetheart , a Darling..

Sunshine and a real Friend to be around.. joke and have fun with..

To Me life has just begun.. I see things differently and I do appreciate them more than ever before, accepting them as they are.. So Happy, I got the chance to breathe, and stay alive…!!!

it is. A usual sentence in a German newspaper, for example, is a quarter of a column long, and the verb always comes in the last line. Then you find out for the first time what the writer is really talking about.

Often they put the verb away over on the next page and sometimes, when they are in a hurry they go to press without getting to the verb at all..:) Then, of course, the reader has no idea what it is all about.

After the verb and before the end of a sentence there are quite a number of “haben, sind gewesen, gehabt, geworden, sein”.

I don’t know what they mean actually, I don’t think they really mean anything, they are a bit like a special signature – not really necessary, but pretty..

Every noun has a gender, and there is no system. In German a young lady has no sex, but a potato has. Horses are sexless, dogs are male, cats are female. A person’s mouth, fingers and feet are male, his nose, lips and hands are female and his hair, ears, eyes and heart have no sex at all..

Lots of German words are very long and really difficult for a foreign student to understand: ‘UNABHÄNGIGKEITSERKLÄRUNG’ or ‘STADTVERORDNETENVERSAMMLUNG’  are not words, they are alphabetical processions: you can see the banners and hear the music

Personal pronouns are specially difficult in the language. For example, the word ‘SIE’ means ‘YOU’ ‘SHE’ ‘HER’, ‘IT’, ‘THEY’ and ‘THEM’, sothis poor language has got only one little word of three letters for six different words in English.

When a German finds an adjective, he declines it. In our language we speak of our ‘good friend’ (which can also be meinen guten freundes’ for ‘of my good friends’, ‘meinem guten Freund’ for ‘to my good friend’ – and the plural is even more difficult. It is better to have no friends at all in Germany than to have all this trouble with them..

I sometimes  wonder where all that time, special moments went to..!!

I ll often stop and think;  reflecting on everything that’s happened to me in  the last few days. Months. Years.

Those things I’ve seen that scared me for life.. Growing up I’ve seen wrong and of course seen right.  I want to become something real and so right, do they understand am I understood..!!!! Regardless if I’m weak or not I’m going to stand tall.???  Can life be better..?? YES I know IT CAN, and WILL…..!!

Before I make a decision I always think twice, even if at times, they all seem to shatter.. I take them all to mean something.. I do learn from every mistakes.. for they are my teachers… They say what can I do to help you feel better.. but, i ll better say,…hmmmm,  “nothing”, because this is my life..

Sometimes, I just wanna hold on to them.. The question is, if I hold onto them too tightly how am I to move on? How am I to grow up and  LIVE MY LIFE? How am I to make decisions and take on responsibility if I’m  living in the past?
I guess time continues whether I want it to or not..!! So, I have decided to take on the journey of MY LIFE….

At this point of my life.. there is NO TURNING BACK..!!

Special thanks to my model Donna Axenkopf for the lovely picture